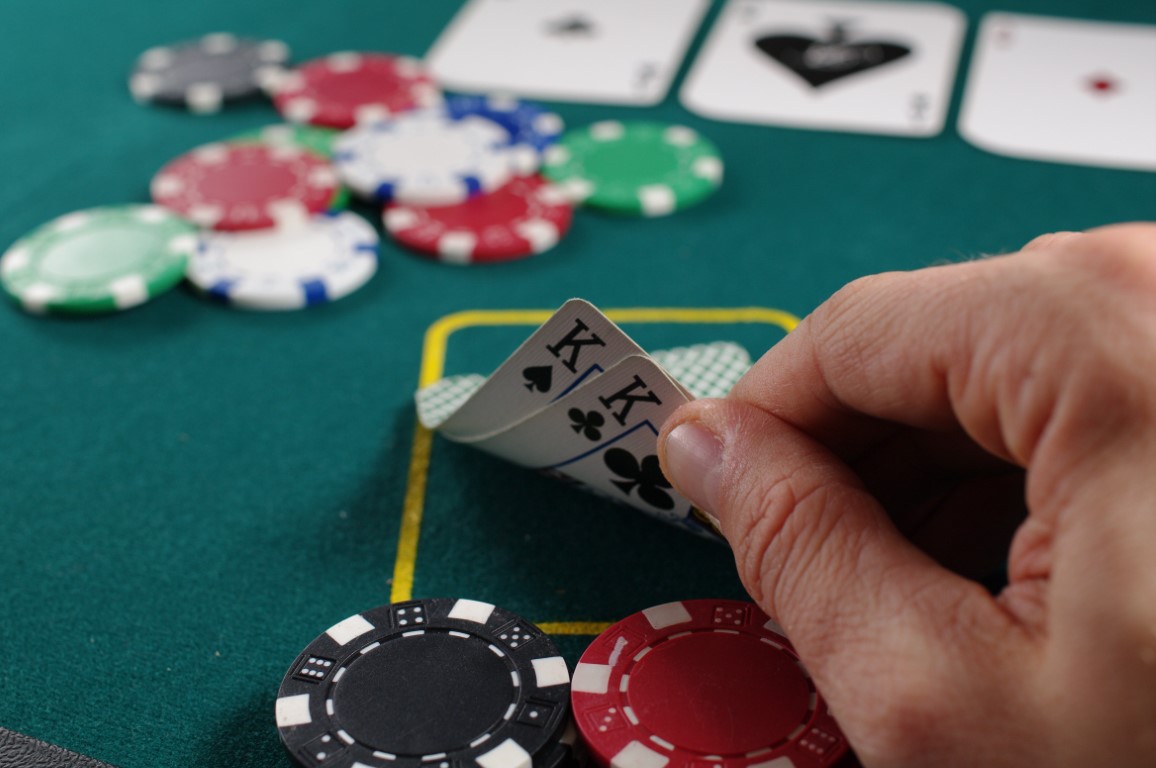 While Texas Hold’em is undoubtedly the king of poker games right now, stud poker remains a hugely popular variant of the game that is often the first game a beginner learns. And perhaps because of this enduring popularity, stud poker has evolved to now encompass quite a few variations of the game.

But before we discuss the most popular variants, let’s take a little trip down memory lane.

How did stud poker get its name?

There are quite a few theories on this but the one that most agree with is the story set in a saloon somewhere in the state of Ohio.

A game of draw poker was underway with one player having already bet his last cent.

The man obviously had a good hand and was so determined to stay in the game that he put his cards down on the table, ran outside, and led his horse back into the saloon. He tied the reins to the back of his chair but immediately realised his mistake — he had left his cards on the table and was pretty sure that the other players had taken a look.

Like we said, the man was determined to play on and so suggested that in the interest of fairness, all the other players turn three of their cards face up, discard two, and draw two more face down. He then said that he would get his prized stud horse on his chances.

And that was the first game of stud poker.

We’re not sure if it’s entirely true but it makes for a good story, right?

The face-down cards (or “cards in the hole”) are cards that only each player can see.

The face-up cards, however, are the ones that all players at the table can see in each other player’s hand.

In a typical game of seven-card stud, each player by the end of the game has three cards face-down that nobody can see, and four cards face-up that the whole table can see.

In a typical game of five-card stud, each player has one card face-down and four cards face-up by the end of the game.

Thanks to the relative simplicity of the rules and gameplay, it’s often considered the perfect starting point for beginner poker players.

Straight Flush — Five cards in sequence within a single suit

Four of a Kind — Four cards of the same rank

Full House — Three of a kind and a pair

Flush — Five cards in the same suit (not in sequence)

Straight — Five cards in a sequence (not all the same suit)

Three of a Kind — Three cards of the same rank

Stud poker has evolved a great deal since that first game in an Ohioan backwater saloon and there are now quite a few variants of the game. And that’s before we even consider the many localised versions of stud.

Below, you’ll find a list of the most common variants played at home and in casinos all around the world.

Remember, this list is far from exhaustive, so make sure you understand any specific rule variations before you join a game.

Stud poker games are normally played with either five or seven cards.

In typical seven-card stud, as we mentioned earlier, the cards in each player’s hand end up being two face-down, four face-up, and one face-down.

In typical five-card stud, the cards in each player’s hand end up being one face-down, and four face-up. Of course, variations are endless.

When wild cards are used in stud poker, stipulations are almost always involved.

Common exceptions are Kings and Little Ones and Follow the Queen.

“Kings are wild”, for example, would mean that if a player is dealt a King face-up, everybody can see it and be discouraged by it.

It’s best when stipulations require that wild cards are face-down. That way, nobody knows who has a wild card in their hand until all is said and done.

This is very common in stud poker games.

This is a feature that can be added to just about any Stud poker games, in addition to a game’s other rules.

The great thing about this is that it encourages more players to stay in the game longer. After all, with the pot split two ways, the odds of winning are much greater.

Players also have the option of calling “pig”. This is when a player presents two different five card hands with their seven cards to attempt to win both High and Low.

A player calling “pig” must have both the High and the Low or wins nothing.

So if, for example, a player wins the Low, but not the High, then that player wins nothing and the next best Low hand wins that half of the pot. The player who calls “pig” and wins both wins the entire pot.

This is simple enough — the lowest hand at the table wins the pot.

Depending on the house rule where you’re playing, the perfect low hand varies. Some tables play that Straights and Flushes count against you (with the logic that a Straight or a Flush is a good regular poker hand, and therefore, a bad Lowball hand).

Other tables play that Aces cannot be low, while you’ll also come across other tables that play that Straights and Flushes do not count against you, and Aces can be low.

These rules should always be established before the deal, either by the dealer or the house rule.

If Straights do not count against you, then the perfect low would be a A-2-3-4-5.

If Straights do count against you and Aces can be low, then the perfect low would be an A-2-3-4-6.

If Straights do count against you and Aces cannot be low, then you’re playing a game called Kansas City Lowball, and the perfect low would be a 2-3-4-5-7.

Any stud poker game can become New York Stud with the addition of one simple stipulation — an outside straight beats a pair.

An outside straight is four of a player’s cards in numerical sequence, or four cards to a straight.

This stipulation adds a new rank to the what-beats-what table.

This variation plays just like New York Stud with one added stipulation — a four flush beats an outside straight.

A four flush is four of a player’s cards of the same suit, or four cards to a flush.

This stipulation adds two new ranks to the what-beats-what table.

Spanish stud is another variation that can be added to any stud game.

To play Spanish poker, all of the Twos, Threes, Fours, Fives, and Sixes are removed from the deck. This is a total of 20 cards removed, leaving 32 cards.

This variation can also be added to any stud game.

Bet or Drop adds the stipulation that the player who opens the betting round by having the best hand showing, must open with at least the table’s minimum bet or fold.

The option to ‘check’ or ‘pass’ is removed, as that player is required to open with at least a minimum bet.

Typically, the dealer will announce a slight increase in the table’s minimum bet for purposes of this variation.

Also called showdown, this is a less popular variation where ante is significantly higher, as there are no betting rounds.

All cards are dealt face-up in sequence. The best hand wins.

This is typically used — on top of winning a set pot — to determine the first dealer of the night, or as a final quick game.

Okay, so as you can see from above, there are quite a few variations of the game so the questions and answers below relate to stud poker in general.

What is stud poker?

It’s a 5 or 7 card game during which a player receives a mix of cards both face-down and face-up. These cards are dealt in multiple betting rounds.

How is stud poker played?

Like we said earlier, this depends on the game. In 5 card stud players receive two cards (one face down, one face up). The bring in is followed by a betting round.

Remaining players then receive a face up card followed by another round of betting. This continues until five cards are dealt to all players.

After the final round of betting, the face-down cards are turned over and the best hand wins.

What is the bring in?

After the third card is dealt, the player with the lowest card showing makes a bet to start the betting action. This is the ‘bring in’.

The betting rounds in stud poker are called streets. So if you’re on the third card, it’s the third street.

Stud poker doesn’t have blinds. Instead, each player puts in an equal amount before the first cards are dealt. This is called the ‘ante’.

Are there limits in stud poker?

Usually, stud poker is a limit game. This means that there are betting limits for each street. The first two streets are usually small bets but will then double for the following streets.

There are no blinds, hand strength determines position. The first street starts with the low card for the bring in, but each subsequent street sees the highest hand showing kick of the action.