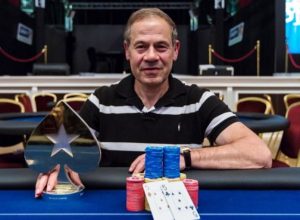 Isai Scheinberg pled guilty to a single count of conducting an Illegal Gambling Business on March 25, 2020.  Other charges including bank fraud and violation of the 2006  federal UIEGA bill were dropped.  Sentencing will be conducted at a later date by Judge Lewis A. Kaplan.

Mr. Scheinberg was one of eleven defendants in an indictment unsealed April 15, 2011, a day online poker players refer to as Black Friday.  Mr. Scheinberg previous to today’s ruling, had been the last of the defendants to resist to a settlement with the Department of Justice.  Scott Tom, co-founder of Absolute Poker, and also listed in the indictment, settled with US authorities in 2017, receiving merely a misdemeanor charge.  Tom’s step-brother, Brent Buckley (one of the eleven acccused), was not so lucky having been charged of misleading banks and serving 14 months in prison.

We believe a more likely scenario is that Mr. Scheinberg could receive a similar fate as his employee Paul Tate.  Tate handled payments for Poker Stars, was included in the 2011 indictment, and pled guilty in 2016 to the same charges as Scheinberg, operating an illegal gambling business.  Tate paid a fine and was spared any jail time.  We suspect Scheinberg’s fate will be the same, only a much bigger payment will be required.

Legal representatives for both sides had the following to say:

“Mr. Scheinberg is pleased to put this matter behind him and that all charges other than violating the 1971 Gambling Act have been dropped. Notably, all Poker Stars players were paid back immediately and Mr. Scheinberg played an important role in ensuring that all of the players from other sites were repaid as well,” said Scheinberg’s representative.